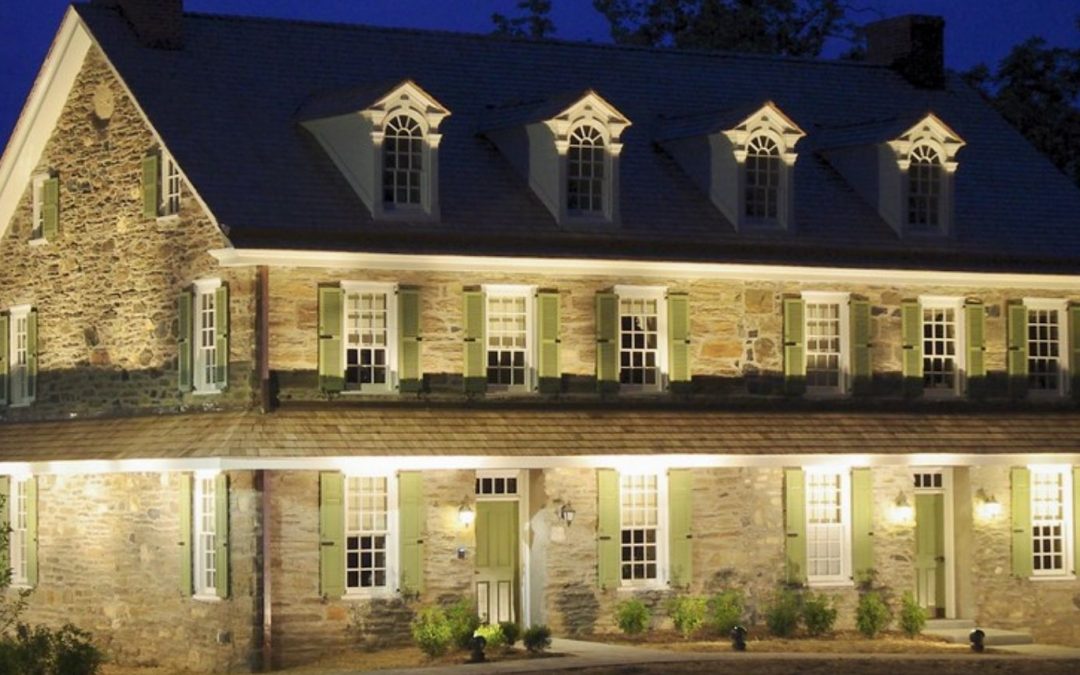 Daily people ride by an unassuming building in a corner of Rose Tree Park. Yet not many people realize the incredible history behind this establishment. This building is known as the Old Rose Tree Taven. It is a historic inn and tavern dating back to the 18th century. The land on which this tavern now was granted to John Calvert by William Penn in 1682.

In 1739 Daniel Calvert, most likely John’s grandchild, built along the Providence Great Road (now Pennsylvania Route 252). Then in 1739 was licensed to run a tavern there. The current building which now stands was built in 1809 from local fieldstone. An addition was built in 1836. It stands at two and a half stories. If one looks up at the top of one side the date 1739 is clearly visible.

Over the years it was owned by various families and innkeepers. At one point it seems to have been the property of the Rose Tree Fox Hunting Club. As a side note, the land that now makes up Rose Tree Park was once actually used as grounds for hunting foxes.

Now interestingly enough the spot it now lays on is not where it originated from. Yet one doesn’t need to look too far for that location. Originally it was on the very corner of the park. But was moved back away into the park from the corner due to a widening of 252. In order to save this historic building, it was moved to where it now stands.

In 2011 it was renovated and returned to its former glory. That tavern now houses the Delco visitor center. Known as “Visit Delco, PA” they promote the visitation of Delaware County. Truly fitting that such an organization now calls such a historic Delco building home. The tavern is also listed on the National Registry of Historic Places. Each year this building is decorated for the holidays as part of the “Festival of Lights” which occurs at Rose Tree Park. For more history of Delco like Old Rose Tree Tavern click here.