Solider from South Delco and “Carl” from Kabul 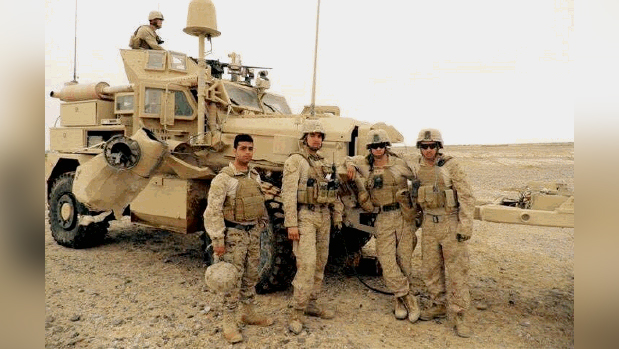 Even if you are currently in solitary at George W. Hill Correctional Facility, you are most likely aware of the events unfolding in Afghanistan. This article is not a war editorial, it’s not a political piece, and it’s not a promotion… it is a story about a hero from this County, a hero not from this Country, a ticking clock, and a lot of red tape that needs to get cut through.

Yes, we know “Glen Mills is Delaware County, not Delco” but there is an individual living down there in the land of Hooters Restaurant and the Garnet Valley Jaguars (had to look that up) that interior Delco would be honored to eat off a Wawa trash can with.

His name is Pete Cuoco…

and if you try to Google him, you will find a bunch of random segments featuring Kelly Cuoco and Pete Davidson from TMZ, but this Pete has done more for this Great Land called the USA than those two pseudo celebrities ever have and ever will. Pete is a Marine from the 1st Battallion, 9th Regiment, serving from 2010-2014, and a Purple Heart recipient due to injuries sustained during his deployment to Afghanistan. 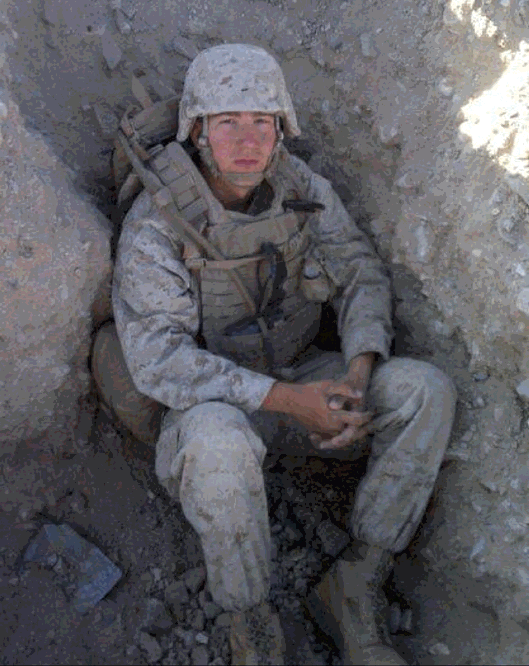 While a vast majority of Delco can only fathom the images they see on TV and online of the chaos erupting in Kabul, Afghanistan 6,814 miles away, and are able to keep scrolling or change the channel. Pete has a very important connection where he just can’t do that.

“Carl” is what he will go by for anonymity reasons from here on out. Carl is an Afghan native and resident, who acted as an interpreter for the US Regiments stationed in his homeland. Carl jumped at the opportunity, and proudly helped the US Forces during their battle against insurgency from the Taliban. He had hoped they could be defeated and that one day, he would be able to raise his family in freedom. Now Carl is hoping that he able to raise his family at all.

Carl is an Afghan native and resident, who acted as an interpreter for the US Regiments

Carl’s story isn’t one of last minute panic, as he has applied and been denied two times for a Special Immigrant Visa (SIV) over the better part of the last decade. He was denied twice, with the State Department (who issues SIV’s) stating he was not in direct danger at the time. These SIV’s take between 500-700 days to process in a “normal” atmosphere, and with all of this chaos, it is projected to take 800-900 days. That is two and a half years. That’s more time than we have between Olympics.

Carl has been on the ball trying to get he and his family a way out of there, putting together all of the needed materials to cut through the strict red tape set up by the SIV program, including getting multiple letters of recommendation from uniformed individuals, to educational institutions.

Carl wasn’t deemed to be in imminent danger. Now he is.

Carl maintains a very small social media presence and a smartphone, which is banned under Taliban rule, allowing him to keep the outside world abreast of the unfolding situation first hand.

In the last 72 hours, Carl has been visited and threatened by the Taliban. His own brother was shot to death in front of his family. At one point he and his family were hiding in a dumpster in the desert heat, causing his daughter to pass out.

Both Carl and Pete know what the Taliban does to individuals and their families who have helped the US soldiers, because they’ve seen it first-hand. Murder of the men, rape and sexual slavery for the women and children, or murder of them all in front of the father.

These aren’t clichés you see on TV, Pete and Carl will tell you it is very real. That is why people are willing to cling on to sides of aircraft to try to escape. 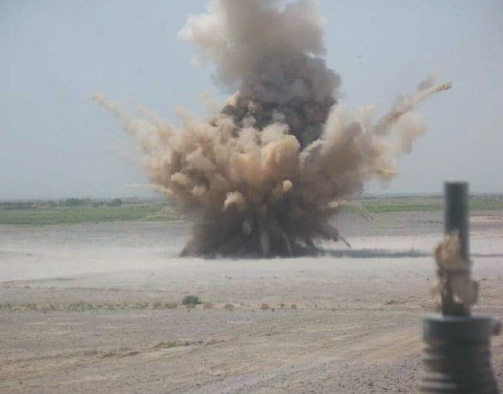 Once the withdrawal was announced, even weeks before the collapse, Pete reached out to Carl to see how it can be expedited to get he and his family out, both knowing the extreme situation that was going to unfold at some point.

He even asked legal teams about the possibility of adopting Carl’s daughter, just to get her out of the Taliban occupied territory, knowing what the regime does to children, especially girls. “I have kids, and another one on the way. It’s a small house, and I would clean out whatever room needed to personally take in Carl, his Wife, and Daughter”, Pete said.

Cuoco goes on to say, “Carl has done more for this Country than most will ever do. As far as I’m concerned he is a US Marine. He helped us when we were there, he trained with us, and he saved our lives. This is the kind of person you would be proud to have as an American”.

How can Delco help?

There is a GoFundMe circulating around, which is how we learned about this. I asked Pete what the financials were needed for, as these SIV’s can only really be handed out by the State Department. He explained that it was set up weeks before the collapse, to pool money together for one of two plans:

Those were the goals three weeks ago, as it was thought there was more time, now words like “process”, “application”, and “review” don’t really mean anything, for Carl’s worst nightmare is there, outside his door.

Because of his direct involvement with the US that was seen by the Taliban, Carl will most likely be tortured first once the world stops watching when the next big story hits, and then, well, we’ve been told what happens next.

“Carl has done more for this Country than most will ever do. As far as I’m concerned he is a US Marine. He helped us when we were there, he trained with us, and he saved our lives. This is the kind of person you would be proud to have as an American”

This article isn’t just to assist with the GoFundMe, it’s so that hopefully this story can fall in front of anyone with any pull, or connections, or clout, or whatever that can help a Hero, help another Hero, who helped us.

While working side by side with US, Carl began to pick up some American-isms. As Pete said “He is convinced his favorite NFL team is the New York Giants. I just want Carl here, safe, and so I can show him a good football team, the Eagles.” Go Birds! Go Pete! Go Carl!